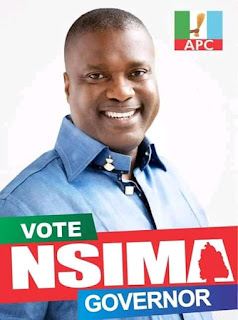 The governorship candidate of the All Progressives Congress in Akwa Ibom State for the March 2, 2019 governorship election, Obong Nsima Ekere, has assured all Akwa Ibom State citizens of an all inclusive, open and credible government when he is elected into office as governor. Obong Ekere stated this when the Board of Trustees, Executives and members of the Akwa Ibom Community Association in the 19 Northern States and Abuja, met to endorse him as the next governor of Akwa Ibom State, on Sunday February 10, 2019 in Abuja.

Obong Nsima Ekere, told the gathering that he had mapped out a sustainable development plan that would involve Akwa Ibom citizens from every part of the world. He noted that his government blueprint has captured the very essence of participatory economic growth, which includes a N20 billion fund for strategic enterprise development. Ekere noted that it was foolhardy to rely on outsiders to develop the state, adding that when experienced indigenes are mobilized, adequately empowered and creatively involved, development would not only come faster, but will be more sustainable.

The APC flag bearer urged the people of the state to support the APC because it had the credibility and the experience to deliver the state from under performance, clueless governance and crass ineptitude.

“We are poised to give our people a government that would be responsive, responsible and all inclusive. Our people will be given the opportunity to explore their entrepreneurship skills for job creation and economic empowerment of our people. I thank you for this show of love and support for the APC and promise that we shall live up to the expectations of our people. I want to register my sincere gratitude for the sacrifices you have made so far and enjoin you to come to Akwa Ibom State and mobilize the people for a government that would take our state to the center of politics in Nigeria. As a state, we will gain so much with aligning with the power at the center. We cannot benefit from playing opposition in a country like Nigeria today,” Ekere admonished.

Earlier in their presentation, the association through its President Comrade Tom Etim Okon extolled the qualities of Obong Nsima Ekere and pledged to support his candidature. He described Nsima Ekere as a man who has the requisite experience, and capacity to govern the state. He maintained that as deputy governor, and lately as Managing Director of the Niger Delta Development Commission, Ekere has performed to the admiration of all Akwa Ibom people.

He assured the APC governorship candidate of the support of his members drawn from the 19 northern states and Abuja. He stated that the members of the association would not only mobilize for the APC candidate, but will be in the state during the election to actually cast their own votes for him.

The highlight of the meeting was the motion for the adoption of Obong Nsima Ekere as the choice of all the people of Akwa Ibom State in all the 19 Northern States and Abuja, which was moved by the President of Akwa Ibom Community Association, Abuja Comrade Tommy Etim Okon, and was seconded by Lady Carolyne Ndaeyo. The motion was followed by a unanimous affirmative voice vote. 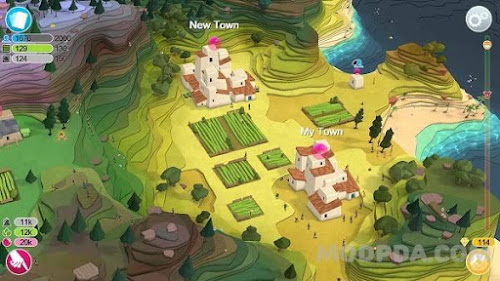 Download Latest Apk Version of Godus Mod APK A simulation Game For Android. This MOD Includes Free shipping, Unlimited Belief & Gems. Download link is available now, download yours! Are you ready to play the role of the creator, if you have been wanted to become a God and play have the power to create things? Then this game is for you, Godus Mod for android is a game designed to allow you to play the role of the creator and make your own world. In this game, you will have the power to create, destroy, and make decisions. On this page, I have shared Godus Mod APK direct link download. Enjoy six many unlimited features from this game. Play this game and see that is not easy to be God. As a God, you will have the interest of the people at heart. All you will work towards is to make life better for them. You will be faced with many things while playing Godus Mod game. The ability to make the right decisions and choices. This game has been hacked to give you unlimited gems and beliefs, 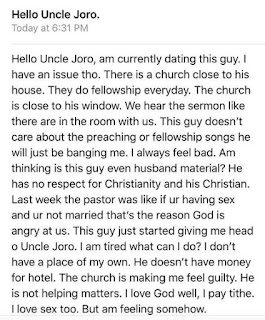 Relationship blogger, Joro Olumofin has shared the story of a lady who sleeps with her boyfriend beside a church. According to her, the regular sermons from the religious institution have been pricking her heart while her man remains indifferent. The gist has generated hilarious responses on Instagram. Read her story below: Read more